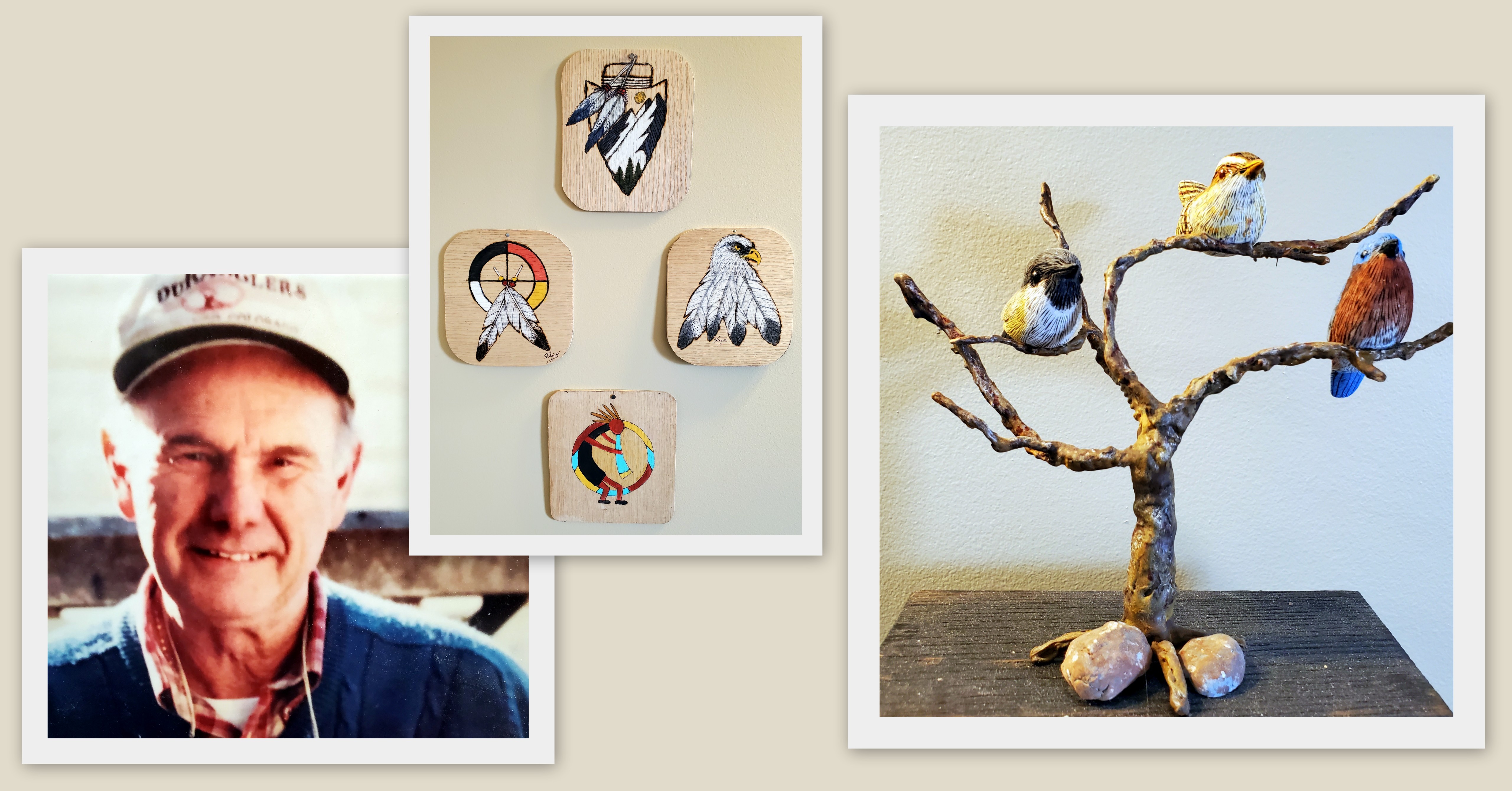 For more than 40 years, Bill Flick has been carving swans, blackbirds, quail, dragonflies and just about anything else you can think of on his way to winning numerous awards and gaining regional notoriety.

What sets Bill’s work apart is the finishing touches he applies with just a wood burner and a little bit of paint.

“The more realistic they look the better,” said Bill. “I even use glass eyes to bring out all the fine points of the subject.”

A resident of Arkansas City Presbyterian Manor for six years, Bill has been an active participant in PMMA’s Art is Ageless® program as both a participant and a judge. He originally came to the community thanks to the recommendation of a friend and some personal investigation.

He hasn’t been disappointed.

“I have been able to get everything that I was looking for here,” said Bill.

Posted on
March 24, 2021
by
filed under
Art is Ageless
Residents
Aging Well
Art
« Back to Blog