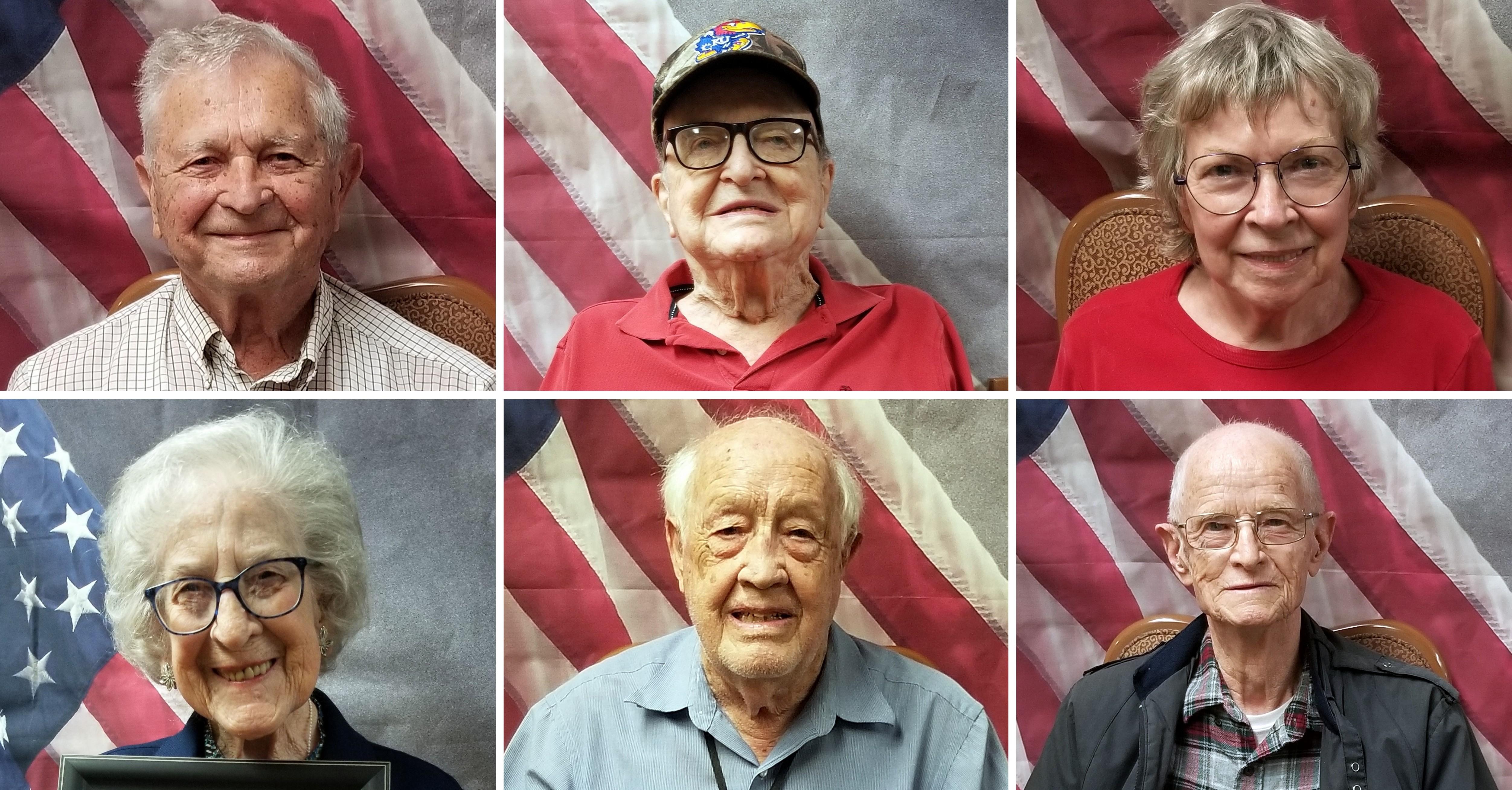 Since its founding, Arkansas City Presbyterian Manor has been home to a long line of brave veterans who have served our country across all branches of the U.S. military. Each of those who has served brings with them a litany of memories and personal lessons that have helped shape their lives.

For Nolan Wineinger, who served 20 years in the Air Force as a personnel and administration supervisor, it was the opportunity to see the world that left a lasting impression on his life. During his time in the service, Nolan visited Holland, England, France, Norway, Germany, Denmark and Austria in addition to countless locations throughout the country.

Looking back, it is these experiences, combined with the life he shared with his loving wife, Betty, that he cherishes the most.

“I have a wonderful life, I wouldn’t trade it for anything,” said Nolan. “I thank God for my health, my wonderful wife and everything I have got to see and do.”

Marsha Hephner, who worked in the Signal Corps within the U.S. Army, shares that military service offered a chance to do something outside of her comfort zone.

“I wanted out of my hometown experience; to me it was an adventure,” said Marsha.

In addition to providing her with the adventure of a lifetime, Marsha also credits her time in the military with instilling in her the true meaning of honor and honesty.

“I had nothing but good memories, I served during peace time so I was very fortunate,” said Marsha.

Thanks to each of you for your service.

Posted on
April 25, 2021
by
filed under
Veterans
Residents
« Back to Blog