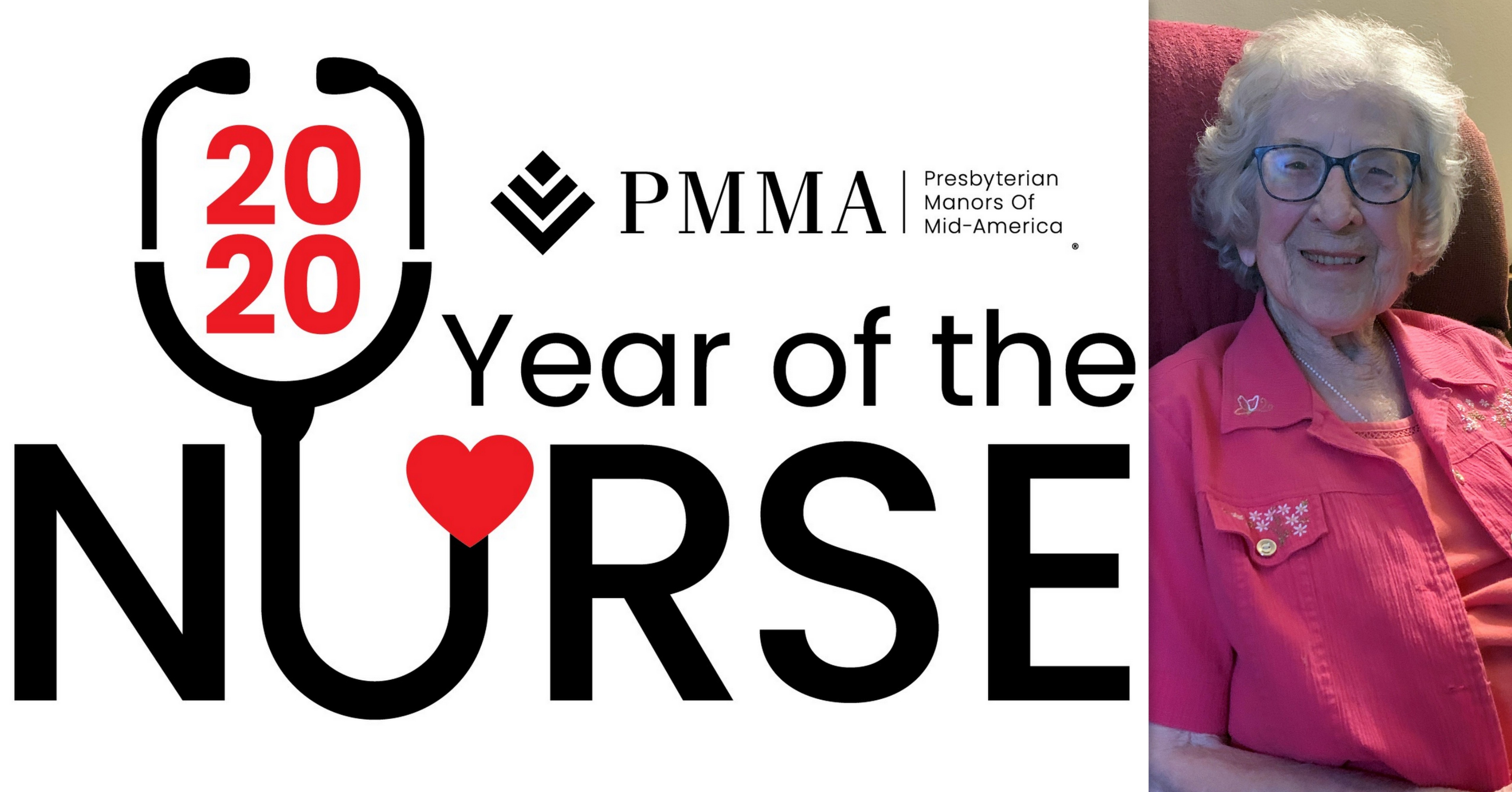 As we recognize both nurses and veterans this month, we want to give a special salute to resident Jennabelle Crow, who served as 2nd Lt. and worked as a nurse during World War II.

“I had just finished nurses training in 1944. There was a rumor that President Roosevelt was going to draft nurses, so my friend and I joined the Army Nurse Corp,” said Jennabelle.

The two friends were sent to Camp Carson, Colo., for basic training before heading to Fort Warren, Wyo., where they were assigned to work at the Regional Hospital. After eye-opening experiences tending to the men injured in battle, Jennabelle and her friend signed up to be stationed overseas.

“We were in the Philippines when the atom bomb was used. We arrived in Yokohoma, Japan, and a warehouse had been set up to care for the guys all over the area who were liberated from the Japanese prison camps. They were skin and bones and very happy to see us,” shared Jennabelle.

During her 18 months of serving during the war, Jennabelle was awarded numerous medals for her dedication and tireless work caring for others who served. Thank you for your service, Jennabelle!