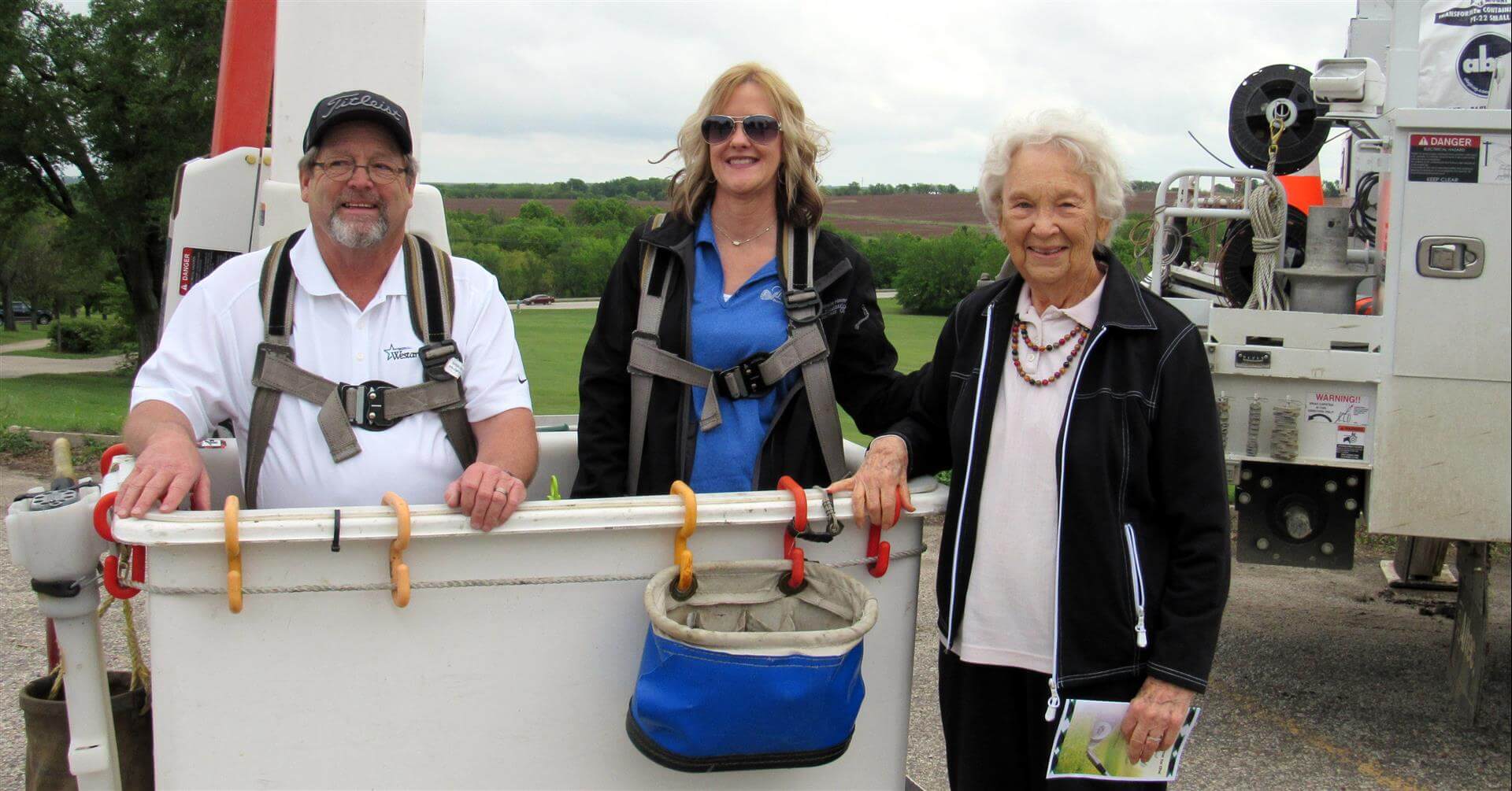 The tournament was named for the late golf pro and Arkansas City native, Richard “Dick” C. Metz, who was a leading golf pro in the 1930s and 1940s. In his career, he won 14 professional victories and was inducted into the Kansas Golf Hall of Fame in 1991.

After Metz’ death, a golf tournament named for him was started to benefit the Arkansas City Presbyterian Manor Good Samaritan Program, which provides assistance for residents who have outlived their financial resources.

“Our golf tournament continues to be a huge success from year-to-year,” said Sarah Griggs, executive director for Arkansas City Presbyterian Manor. “We are so blessed to have a large group of businesses, organizations and individuals who support Presbyterian Manor and our mission, not only at the tournament but throughout the year.”

Prior to tee off, the annual ball drop was held, which was named in memory of Karl Faidley, a longtime friend and supporter, in 2016. More than 200 numbered golf balls were dropped from a bucket truck provided by Westar Energy.

Dorothy Faidley, Karl’s widow, attended the pre-tournament events and helped Sarah present the winnings to the winners of the ball drop who were present. The ball drop typically raises an additional $1,000 for the Good Samaritan Program on its own. Inez Tauscher’s ball landed closest to the pin, and she won $500. Mary Fleming’s was the second closest, which earned her $300, and Allen Teufel’s landed third closest, winning $200.

The winners of the pre-tournament putting contest were Bob Foster in first, Bella Wood in second and Chris Rains in third, after a putt off between the three contestants because all three had a hole in one with their first putt. Jeremy Steiner came in fourth. Each of these participants received golf packages at either Great Life Golf & Fitness, Springhill, Quail Ridge or Winfield Country Club.

“We couldn’t do this tournament every year without the tremendous support we receive from the Cowley County community,” Sarah said. “The residents who receive help through the Good Samaritan Program thank you.”

Posted on
May 18, 2019
by
Cindy PMMA
filed under
News
Good Samartian Program
« Back to Blog